The temple of wine in the heart of Verona 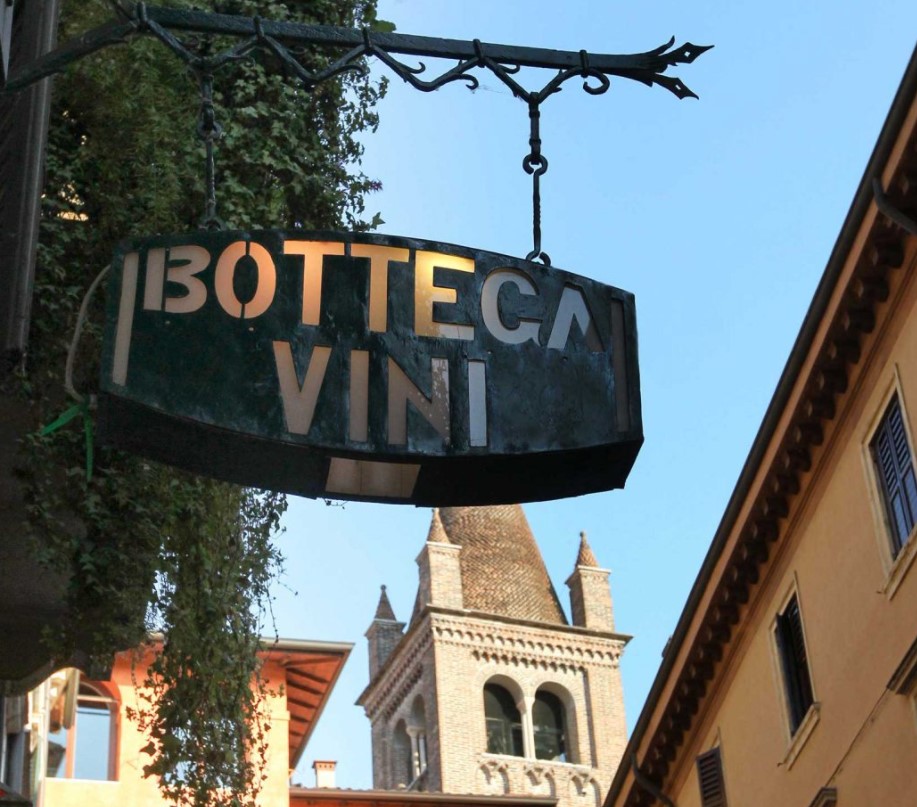 Since 2010, Famiglie Storiche have owned L’Antica Bottega del Vino in Verona. A place whose roots go way back to the sixteenth century, still today, thanks to its history, the Venetian gastronomy menus and its extraordinary wine list, remain a point of reference for the city of Verona, and a must-see for tourists and everyone who loves good wine and food. The Famiglie Storiche want to preserve this centuries-old tradition and pamper this privileged meeting place for the tasting of their Amarone and other wines of Valpolicella.

A Historic Italian Business since 2004 and the winner of the prestigious “Wine Spectator Grand Award” for its Wine List, the Antica Bottega del Vino has existed since the time of the Republic of Venice, when it was called Osteria Lo Scudo di Francia. Under Austro-Hungarian rule (of which it maintains the decor) it took the name of Osteria Biedemeier, and then in 1890, with the Sterzi brothers, it was purchased by the Cantina Sociale di Soave and called Spaccio Vini Cantina Sociale, selling bulk Soave. Only in 1957, when it was purchased by the Rizzo-Grigolo family, was it transformed into a real restaurant, which passed in 1987 to the Pascucci-Barzan property before being purchased by the Famiglie Storiche.

A longtime meeting place for artists and intellectuals, today it is a reference point of good city life, loved by journalists and wine enthusiasts, “La Bottega” – as it is affectionately called in Verona – is led by Luca Nicolis, with the Chef Luca Dalla Via in the kitchen and the head sommelier, Alberto Bongiovanni, in the dining area.