Currently, we make five Amarones, each a faithful reflection of its terroir and distinguished by freshness and an intense aroma, with notes that vary depending on the valley, the exposure and the altitude of the vineyards. They all show character, with smooth tannins and great elegance.

True expertise, valorization of the land and scientific research are the cornerstones of the Tedeschi family.

It is thanks to Lorenzo’s original intuition in 1964 that the family is today recognized among the pioneers of the crus in Valpolicella. A long-standing protagonist of the Valpolicella region, the winery has placed its faith in this area’s enormous potential, in its indigenous varietals and the hillside vineyards, which have now reached an extension of 48 hectares.

Currently at the helm of the company are Bruna and Lorenzo Tedeschi’s three children: Antonietta, Sabrina and Riccardo. With passion and dedication they carry on the work of interpreting and exalting their area, with a constant focus on sustainability and innovation.

In the early Sixties, Lorenzo had the prescience to vinify the grapes from the Monte Olmi vineyard separately. The grapes from that terraced vineyard in the heart of the Valpolicella Classica area were made into one of the first crus of Amarone, Capitel Monte Olmi, now the winery’s flagship. The latest pioneering research project involves the geotyping of grapes and wines, which will allow to give even more emphasis to the characteristics and diversity of the subzones, constantly improving production and guaranteeing a future to the Valpolicella’s leading role. 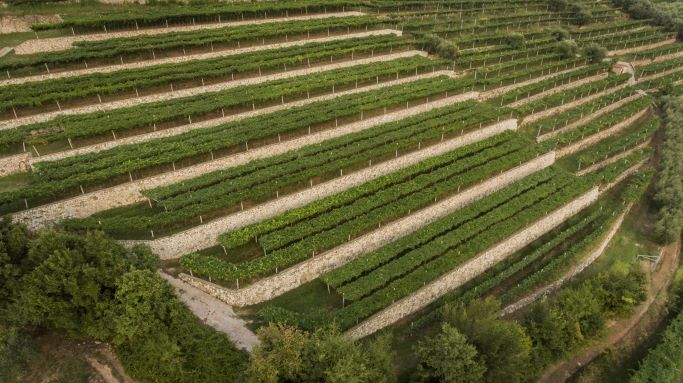